Unilever New Zealand announced last week that it would begin a one-year experiment to allow its staff of 81 to work four days per week while earning their full salaries: “The whole premise is not to do 40 hours in four days … Our goal is to measure performance on output, not time. We believe the old ways of working are outdated and no longer fit for purpose.” If successful, Unilever will roll this initiative out to 155,000 workers around the world.

Microsoft Japan tried 4-day workweeks for a month two summers ago and reported a 40 percent jump in productivity as measured by sales per employee (I think that isn’t a suitable metric.)

I’m a big fan of letting employees think about how they can work differently and encouraging them to develop their own productivity measures. As British historian C. Northcote Parkinson posited in 1955, “Work expands so as to fill the time available for its completion.”

Although, switching to four 10-hour days has its disadvantages. When Utah had its state employees work four 10-hour days from 2008 to 2011, many reported that they lost energy and focus in the last third of their workdays.

A reduced or even compressed week can give employees the benefits that matter the most—notably, the flexibility to organize their lives based on what matters most to them. Employers, in reality, borrow employees from everything else in their lives (hence the word ‘compensation.’)

Idea for Impact: Society needs to ratchet down the time people spend at work.

Once people come to terms with the fallacy of valuing work as an end in itself, the 4-day workweek’s appeal will spread, and it’ll springboard to bigger things. Karl Marx, Bertrand Russell, John Maynard Kaines, even recent U.S. presidential aspirant Andrew Yang have argued the merits of reducing the working week to help alleviate over-consumption, greenhouse gas emissions, overwork, unemployment, and other entrenched sociopolitical inequalities.

Some employers will undoubtedly use four-day workweeks as a pathway to get five days of work in four, push unpaid work, or reduce pay (58% of Americans are paid by the hour.)

Not all business models make the 4-day workweek possible, but businesses will become accustomed to the practicalities of ensuring customer needs are dealt with on all five days. 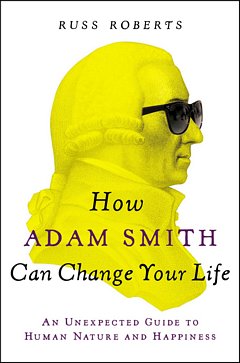