If you ever tune in to CNBC’s popular Mad Money show, you’ll notice that host Jim Cramer speaks about the financial markets with unabashed certainty. Behind the goofy sound effects and the onscreen antics lies his particular brand of stock market punditry.

Cramer’s energy and confidence are most evident in the lightning round where his devotees hail “Booyah” and ask for his take on a barrage of stocks. In response, Cramer presents quick statistics and declares, “Same-store sales in China rose 12% last quarter. It’s a screaming buy; they’re doing great. BUY! BUY! BUY!” Or, he blurts out, “This company is involved with deep water rigs, the deep water market has not come back at all. If it does go up at all, SELL, SELL, SELL!”

What’s most notable about Mad Money is that Cramer is seemingly equipped to answer questions about any listed company with all the gusto he can muster. How could he possibly know the ins and outs of every company: their products, finances, cash flow, competitive positions, market prospects, and current valuation? He may know of many companies cursorily, but how could he have intimate knowledge of every ticker symbol that his fans throw at him? You’ll never hear him say, “Sorry, never heard of them,” or “Gee … truth be told, I’m not familiar with their new products or how they compare to the competitor’s products. I really couldn’t tell you.” He’s loud. He’s boisterous. And, he’s got to have an opinion on every stock—if he doesn’t, there is no show.

Jim Cramer, the best entertainer in the financial media Jim Cramer’s credentials are impressive: Harvard, Goldman Sachs, hedge fund management, and TheStreet.com. He is the author of many investment-advice books with titles as appealing as “Get Rich Carefully”, “Sane Investing in an Insane World”, “Confessions of a Street Addict”, “Watch TV Get Rich”. He is experienced. He has extensive knowledge of the markets. He is passionate. He is smart.

Nonetheless, do not let Cramer’s credentials fool you about Mad Money‘s intent. His antics are entertaining. He wears silly costumes, yells at the camera, throws chairs around when angry, hits things with mallets, and chews heads off foam bears—all while producing goofy sound effects that include squealing pigs and a flushing toilet.

Jim Cramer’s opinions on Mad Money are often one-dimensional, half-baked, oversimplified, or wide of the mark. In the very first Mad Money episode I watched in 2005, a caller on the lightening round asked him about a company called PetroKazakhstan. Cramer’s response was that he did not trust the Russians. PetroKazakhstan was a Calgary-based Canadian oil company that was led by Canadian executives, did all its business in Kazakhstan, and had little to do with Russia. (The state-owned PetroChina acquired PetroKazakhstan in 2006.) As with other programs in the financial media that are teeming with talking heads, watching Mad Money can give you pointers as to what’s happening in the markets and in business trends. You can get ideas for what stocks to research or even speculate on. However, none of it constitutes sound investment advice.

Cramer’s job is not to make you money. He gets paid by CNBC to generate viewership and to entertain viewers with the pretext of dishing out dependable investment advice. He is not a trickster; he just is an entertainer on Mad Money, a fact that he acknowledged in a 2007 essay in the New York Magazine: “On the show, I say stupid things, yell ‘Booyah’ with alarming frequency, and occasionally wear a diaper or jump into a pile of lettuce to illustrate the finer points of investing. … God knows why, but there seems to be a market for this kind of idiocy.”

Watch Mad Money for the frenzy and personality-driven entertainment. Don’t take his speculative tips or investment advice seriously. Instead, do on your own research.

Rule #21 in Cramer’s 25 Rules of Investing states, “Be a TV critic: accept that what you hear on television is probably right, but no more than that.” Now, that’s good advice. 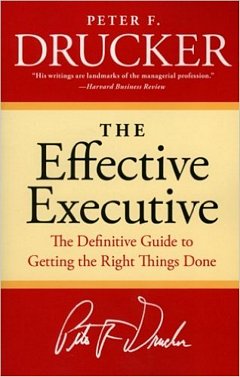