When somebody offends you or causes you distress, think of the anxiety as their problem, not yours.

The Stoic philosophers taught that if you choose not to be offended by others’ actions, you will not be. An offense is up to your interpretation. Instead, treat others with kindness and assert your autonomy.

This moral is exemplified in the following clip from the movie Gandhi (1983) portraying racial discrimination in South Africa and Gandhi’s espousal of Christian values. A young Gandhi and his friend Charles Freer Andrews are walking in a Johannesburg suburb when they’re accosted by menacing louts who yell “Look what’s comin’!” and “A white shepherd leading a brown Sammy!” (Sammy—for swami—was a South African derogatory term for an Indian.) Despite Andrews’s misgivings, Gandhi strides along rather nervously and invokes the Christian principle of turning the other cheek. When one lout’s intentions of “cleaning up the neighborhood a little” are disrupted by his mother, Gandhi responds, “You’ll find there’s room for us all!”

Mastering an Offensive Situation Is Ultimately a Matter of Mastering Yourself In Meditations, the great Roman Emperor and Stoic Philosopher Marcus Aurelius wrote about taking responsibility for the things within your control:

Someone despises me. That’s their problem. Mine: not to do or say anything despicable. Someone hates me. Their problem. Mine: to be patient and cheerful with everyone, including them. Ready to show them their mistake. Not spitefully, or to show off my own self-control, but in an honest, upright way.

Marcus Aurelius counsels compassion for those who offend you:

When people injure you, ask yourself what good or harm they thought would come of it. If you understand that, you’ll feel sympathy rather than outrage or anger. Your sense of good and evil may be the same as theirs, or near it, in which case you have to excuse them. Or your sense of good and evil may differ from theirs. In which case they’re misguided and deserve your compassion. Is that so hard?

Strength dissipates when you choose to be offended, and harbor malice. Marcus Aurelius counsels acting compassionately towards those who offend you:

That kindness is invincible, provided it’s sincere—not ironic or an act. What can even the most vicious person do if you keep treating him with kindness and gently set him straight—if you get the chance—correcting him cheerfully at the exact moment that he’s trying to do you harm. “No, no, my friend. That isn’t what we’re here for. It isn’t me who’s harmed by that. It’s you.” And show him, gently and without pointing fingers, that it’s so. That bees don’t behave like this— or any other animals with a sense of community. Don’t do it sardonically or meanly, but affectionately—with no hatred in your heart. And not ex cathedra or to impress third parties, but speaking directly. Even if there are other people around.

Another Stoic Philosopher, Epictetus, who advocated integrity, self-management, and personal freedom, wrote in Discourses (transcribed and published by his pupil Arrian):

For there are two rules we should always have at hand: That nothing is good or evil, but choice, and, That we are not to lead events, but to follow them. “My brother ought not to have treated me so”. Very true, but it is for him to see to that. However he treats me, I am to act rightly with regard to him. For this is my concern, the other is somebody else’s; this no one can hinder, the other is open to hindrance.

Idea for Impact: To Be Offended Is a Choice You Make When somebody insults, mistreats, snubs, or disrespects you, choose not to be upset. To be offended is an issue of the self—it’s a choice you intentionally make. Taking offense is about what you want them to be. It is about your desire to change their perspective and behavior.

Try to isolate offense by choosing to respond differently: by overlooking others’ wrongdoings with compassion and reminding yourself that you cannot change others, just your own self.

The Hebrew Bible (or the Old Testament) instructs, “A person’s wisdom yields patience; it is to one’s glory to overlook an offense” (Proverbs 19:11.) To be offended is a choice you make; it is not a condition inflicted or imposed upon you by someone or something else.

Choose not to let others dictate your emotions—purposely or otherwise. Live life with the wisdom that nobody can make you do anything and that you alone can control how you react to your surroundings and circumstances. Choose to be more at peace. 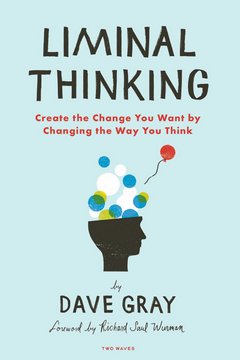