It’ll take a smart person with passion over someone with years of experience any day. People with intelligence and passion will get the problem solved, no matter what.
—Carol Bartz (American Businesswoman)

Only solitary men know the full joys of friendship. Others have their family —but to a solitary and an exile his friends are everything.
—Willa Cather (American Novelist)

A diplomat is a person who can tell you to go to hell in such a way that you actually look forward to the trip.
—Caskie Stinnett (American Travel Writer, Humorist)

Let war stay abroad; it makes no difficulty in coming, for the man who will have in him a strong desire for glory. I disapprove of a bird’s battling in its own home.
—Aeschylus (Greek Poet)

If all the rich and all of the church people should send their children to the public schools they would feel bound to concentrate their money on improving these schools until they met the highest ideals.
—Susan B. Anthony (American Civil Rights Leader)

Show me a good loser and I will show you a loser.
—Paul Newman (American Actor, Philanthropist)

Half the work that is done in this world is to make things appear what they are not.
—Elias Root Beadle (American Clergyman)

The important thing in my view is not to pin the blame for a mistake on somebody, but rather to find out what caused the mistake.
—Akio Morita (Japanese Entrepreneur, Engineer)

Taxes are not good things, but if you want services, somebody’s got to pay for them so they’re a necessary evil.
—Michael Bloomberg (American Businessperson)

Home is a place not only of strong affections, but of entire unreserved; it is life’s undress rehearsal, its backroom, its dressing room, from which we go forth to more careful and guarded intercourse, leaving behind us much debris of cast-off and everyday clothing.
—Harriet Beecher Stowe (American Abolitionist)

Those who grumble at the little thing that has fallen to their lot to do will grumble at everything. Always grumbling they will lead a miserable life…. But those who do their duty putting their shoulder to the wheel will see the light, and higher and higher duties will fall to their share.
—Swami Vivekananda (Indian Hindu Mystic)

Whatever you do, don’t play it safe. Don’t do things the way they’ve always been done. Don’t try to fit the system. If you do what’s expected of you, you’ll never accomplish more than others expect.
—Howard Schultz (American Businessman)

A man has as much right as a woman to a good cry now and again. The snow gave me shelter; the horse understood and gave me the time.
—Robert Frost (American Poet)

The goal ever recedes from us? The greater the progress the greater the recognition of our unworthiness? Satisfaction lies in the effort, not in the attainment. Full effort is full victory.
—Mohandas K. Gandhi (Indian Hindu Political leader)

Surround yourself only with people who are going to take you higher.
—Oprah Winfrey (American TV Personality)

To be of use in the world is the only way to happiness.
—Hans Christian Andersen (Danish Author) 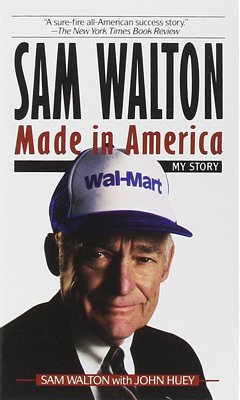